If you ever find yourself in in southeast Iceland, you can’t miss a boat tour of a glacial lagoon near Vatnajökull (one of Europe’s largest glaciers).  Over the last 75 years large chunks of ice have calved from the glacier and melted to form lagoons connected to the North Atlantic.  Ice continues to calve and float around, sometimes taking up to 5 years to completely melt.  Due to rising temperatures, the icebergs are becoming smaller and smaller.  Jökulsárlón may not even exist in 100 years. 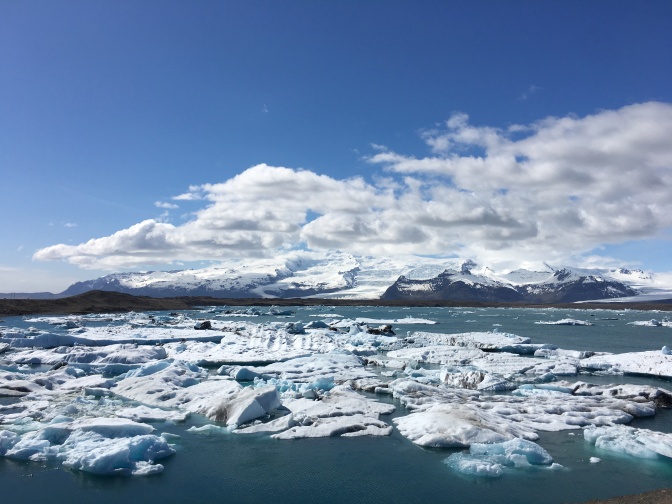 There are several glacial lagoons in the area, but we only had time to the most popular one, Jökulsárlón.  Just west of Höfn on the Ring Road, Jökulsárlón truly is a sight to behold.  There is a dirt ridge surrounding the lake so you can’t quite see it from the highway.  Park at one of the smaller parking lots and climb over the hill to catch a glimpse of one of the most beautiful stops along the Ring Road: 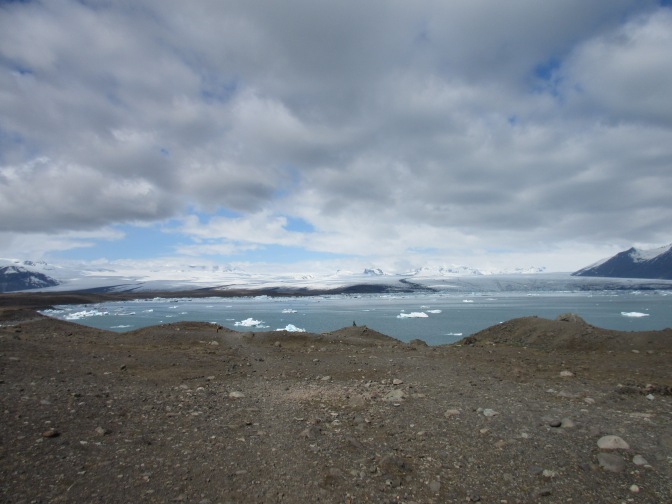 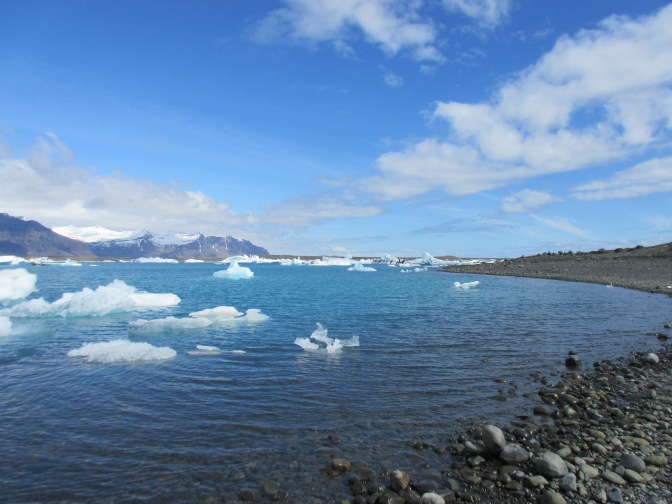 There is only one company at the lagoon that offers duck tours – you can’t miss the building, it’s the only one on the lagoon.  A ticket runs about $35-$40.  They offer zodiac boat tours as well for a higher cost.  The tour we went on lasted about 45 minutes and took us around the lagoon and among the icebergs. 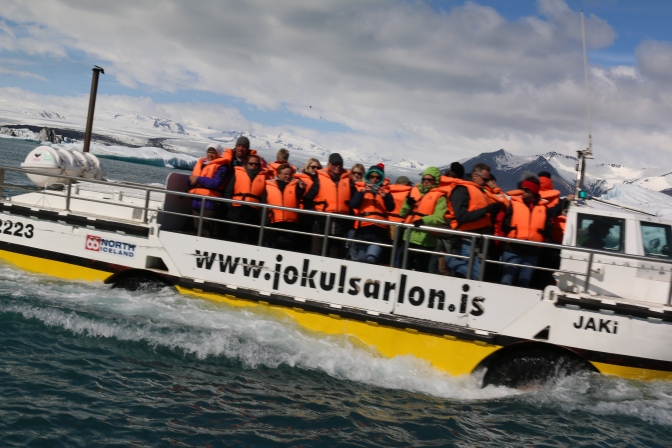 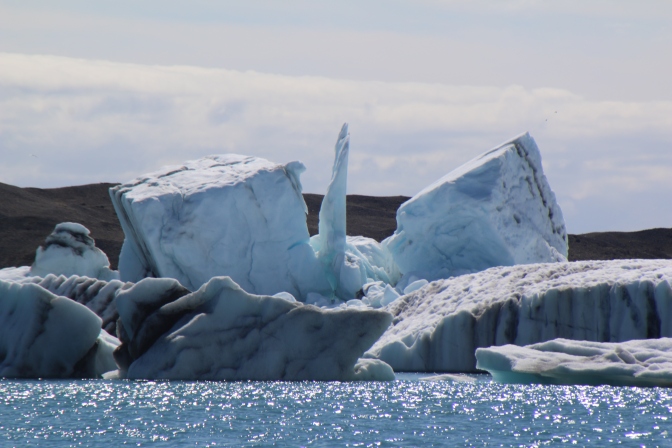 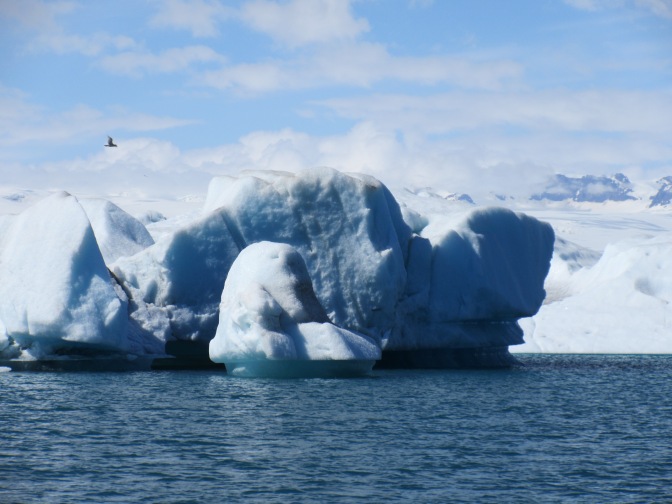 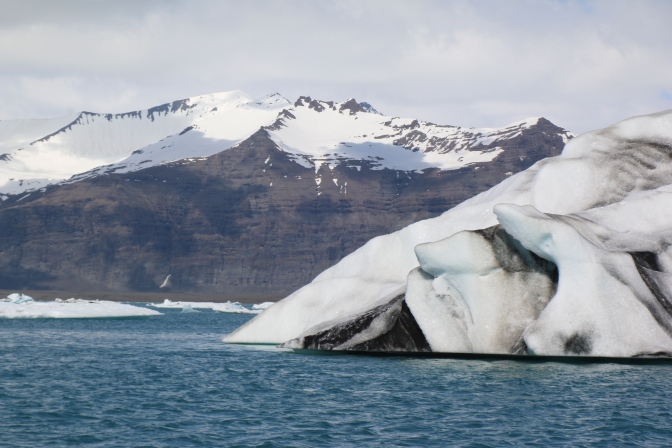 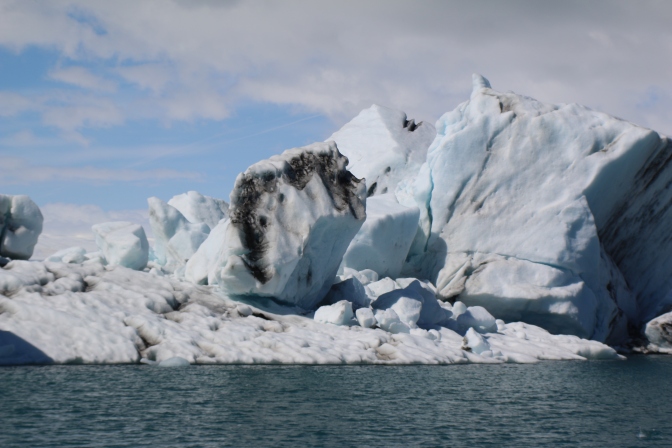 We were lucky and saw seals hunting fish: 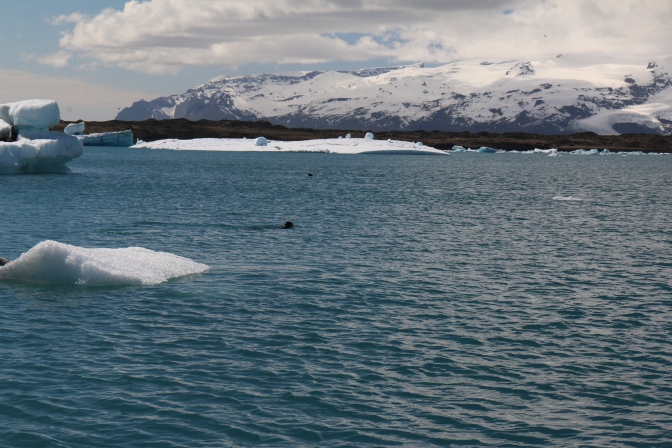 Unfortunately we did not get close to the glacier itself, as it is unsafe.  There are zodiac boat tours that get closer, however.

Overall it was a lovely few hours we spent at the glacier lagoon.  Clif wanted to take a hiking tour on the actual glacier itself, which I would have been down for doing had I not learned about the tourists who are found frozen to death in hidden crevasses or lost in the glacier fog.  I told him we should leave that for our next trip to Iceland, along with Dettifoss, a visit to Grímsey Island, and scuba diving between tectonic plates.

View all posts by Cassie